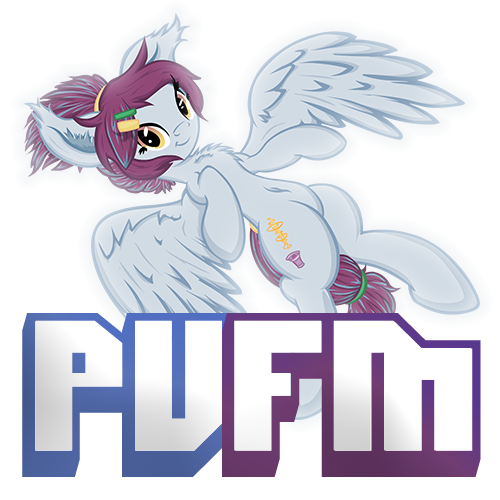 The Lass with Sass!

Most pegasi spend their lives cloudside, tending and decorating the skies with practiced abandon, but most pegasi's parents weren't ground-bound either. Born to a earth pony and a unicorn, Lady Aerial Soundwaves was one with the occasionally mean streets of her native Glastonpony, spending her youth permanently underhoof in the local underground party scene. If it was too loud, too bright, or too rebellious, she was there, even as a blank-flanked catastrophe. Inspired by legendary DJs like Stormswirl and Vinyl Scratch, she earned her cutie mark behind the decks with a brief but blistering and furious stagecrash at the Glastonpony Music Festival, suddenly finding itself threatened by the appearance of an angry hydra summoned by the noise of the concert. Though the property damage was astronomical, the many-faced serpent was laid low before a frenzied assault of hardcore beats, helped by Aerial's timely jury-rigging of several stage lights and lasers. Sadly, the stunned but mostly unharmed concertgoers were robbed of the rest of their show; the young mare's defeat of the hydra completely overloaded the stage's electrical system and tore speakers asunder during the onslaught, not to mention getting her arrested and WAY grounded. Parental lockdown wasn't all bad, as it kept the flighty teen in one place for long enough for the Crown to pay her and her family a visit... but most of what happened after that is classified. All that aside, we're happy to have the Crown's blessing and Miss Soundwaves' cooperation as our official mascot and Honorary Chief of PR.

Join us for a Halloween with 17 hours of non stop DJ mixes! Join us for the premiere of 7th Ponies at Dawn album, Snowfall! Join us as we celibate our 5th Anniversary of PonyvilleFM! As a special bonus, we will be broadcast live at Sugar Cane corner on Legends of Equestria! Get ready to party! Join us on PonyvilleFM for the epicness that is Balloon Party 4 mix with @lavponi! Join us on PonyvilleFM as we count down the release of Ponies At Dawn: Awakening. Over 15 hours of non stop music and mixes! 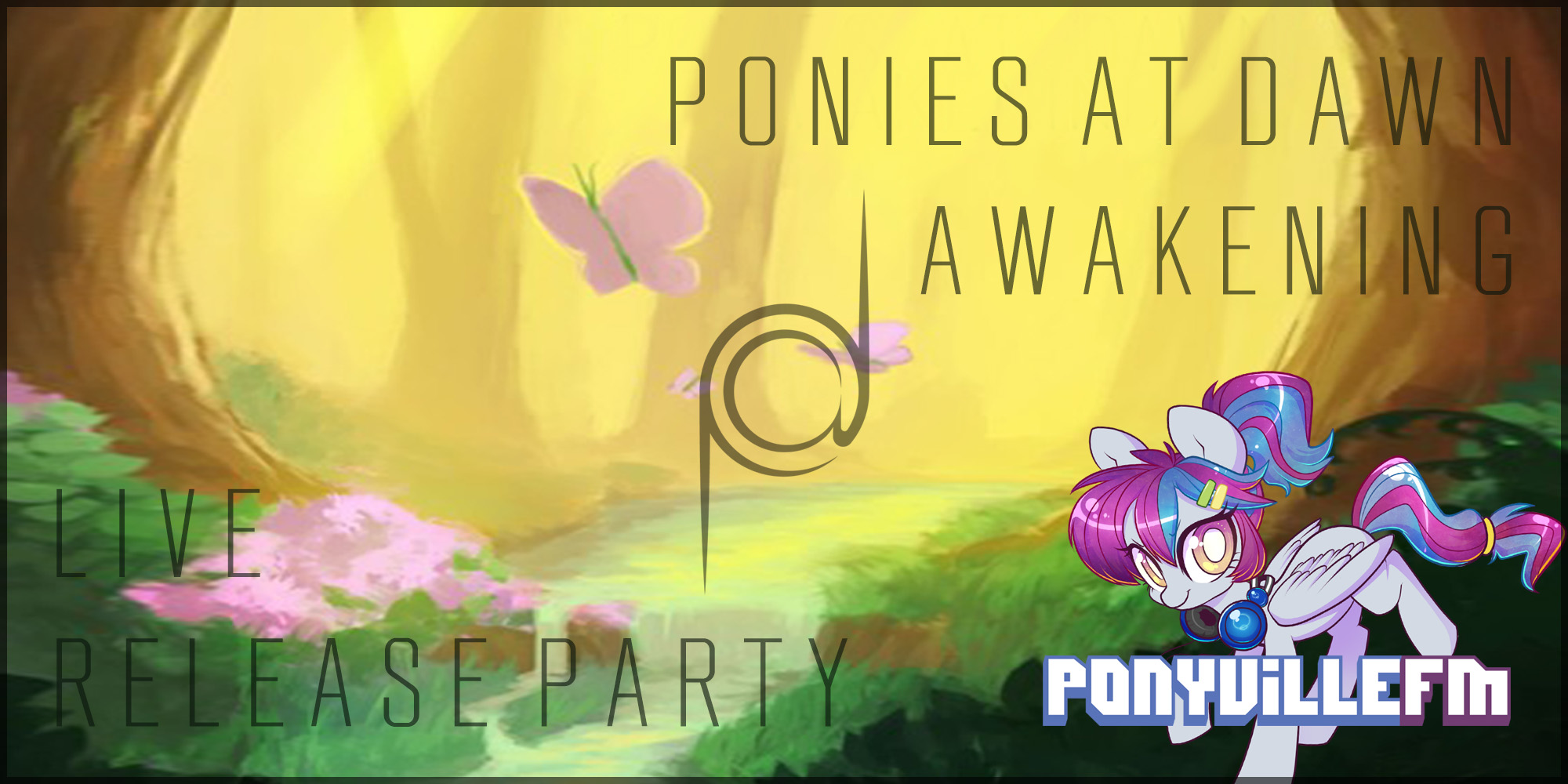 Buckle up, fillies: @AerialPVFM's back with the #brony #EDM #speedcore on #DropZone: Speedway, NEXT on ponyvillefm.com! t.co/ZkG7jqle3w 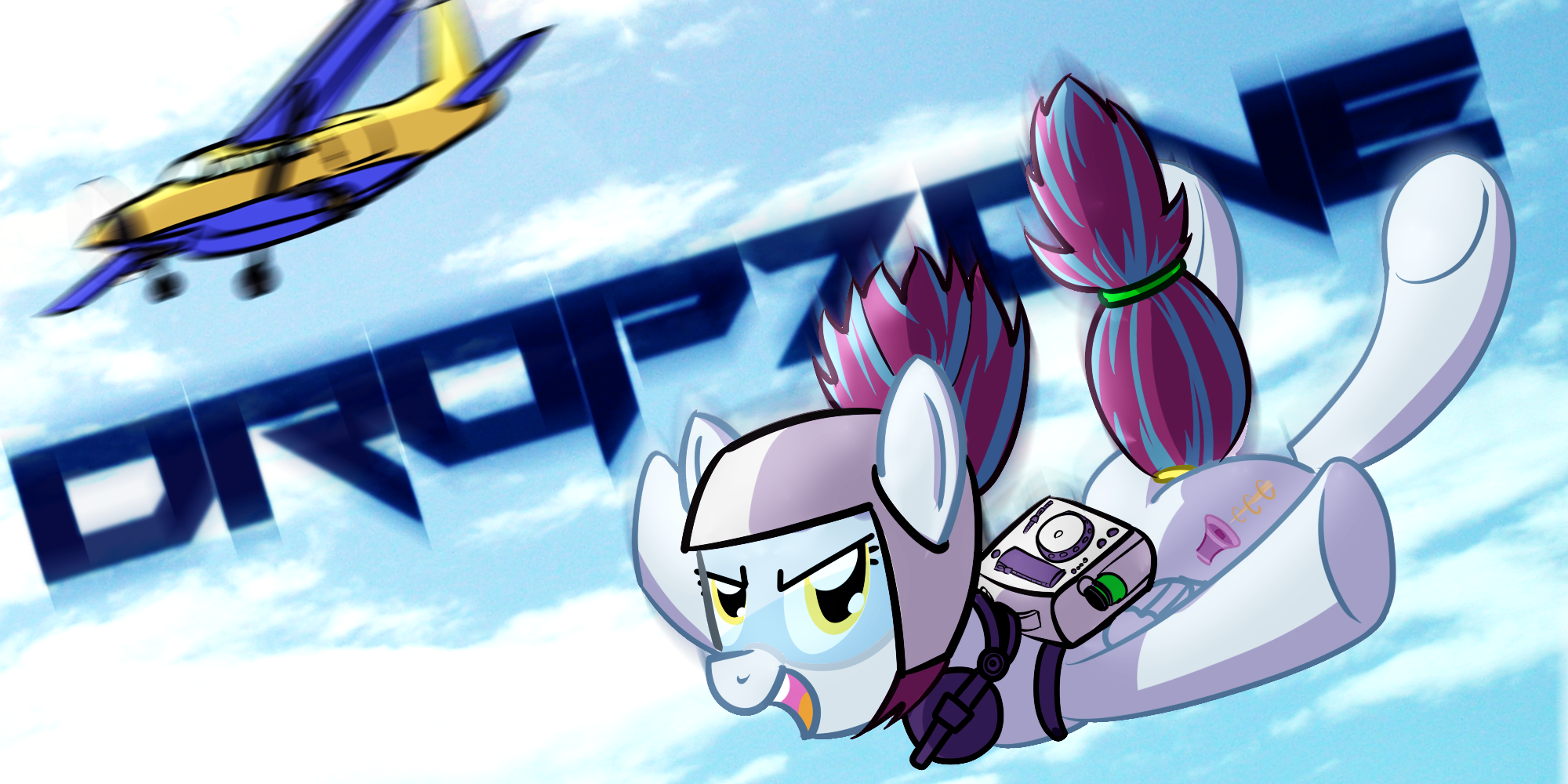 Brace for turbulence: @AerialPVFM brings you the #brony #DnB NEXT on #DropZone: Thunderhead! ponyvillefm.com t.co/ZkG7jqle3w